The Leading Architecture Companies That Shape and Decorate the Canadian Homes

About the Architecture Industry of Canada

The architecture industry in Canada consists primarily of establishments engaged in the planning and design of residential, institutional, leisure, commercial, and industrial buildings, as well as other structures, using knowledge of design, construction procedures, zoning regulations, building codes, and building materials.

Below compiled is a list of the leading architecture companies in Canada that are breaking grounds in recent times. 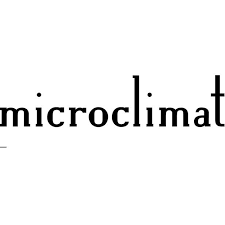 No 1 architecture company in Canada: Microclimat, a multidisciplinary design and construction business, has been influencing Montreal’s architectural modernism style one house at a time. Their creations are lyrical insertions into the city’s brick-built neighbourhoods, with one house, Residence Hotel-de-Ville, taking shape around a treasured backyard tree, and another, Cour Saint-André, transforming a decrepit shed into a multi-generational family home with distinct entrances. In conjunction with former Olympic athlete and coach Yannick Morin, the company is presently developing a bobsleigh pushway that will be part of the La Taule training centre (pictured), which was also built and developed by Microclimat.

Luc Bouliane, a former employee of Teeple Architects in Toronto, founded his own practise in 2010. He began with little projects, such as a double-height library with shelves that jut out at unusual angles, mimicking the appearance of rock shales. His portfolio has subsequently extended to include industrial, educational, and cultural contexts, such as Pier 21 in Halifax, Nova Scotia, which is now the National Museum of Immigration. Many of his structures retain the original shale profile, with rooflines set at dramatic off-kilter angles. A hub in Clearview, Ontario, that combines a community centre and a library as one coherent institution, is already on the drawing board. The structure (pictured) will emphasise the possibilities of shared-use spaces with totally transparent walls and high ceilings.

Cécile Combelle, Julien Pinard, and Antonio Di Bacco founded Atelier Barda in Paris before opening a satellite office in Montreal in 2012. A year later, the company finished Chalet Forestier (pictured), a strikingly simple single-story family home made of blackened CLT. Its enigmatic profile stands out against the lush surroundings of Frelighsburg, Quebec. The inside is warm and inviting, with split firewood heaped to the ceiling on one wall. The approach of Atelier Barda is described as “refined interventions that match with budgets and market limitations.” We like their ability to seamlessly combine beauty and comfort. The studio is a swarm of innovation and inquiry. Custom work and building are a component of their business, as is the development of a new range of furniture items designed particularly for their projects.

There are several reasons why establishing a business in Newfoundland is a bad choice. The province’s most eastern region is lacking in both jobs and people, and supplies are expensive to import. Despite this, Chris Woodford and Taryn Sheppard haven’t stopped working since they first opened their doors in 2013. Their portfolio comprises a number of mid-sized projects such as community centres, churches, and park amenities. Each adds a modern twist to The Rocks’ unique vernacular, including a fondness for brightly painted clapboard exterior. A number of WS initiatives indicate a shift in the region. The Bridge (pictured), a project that responds to the recent development of Newfoundland’s offshore oil sector and the demand for both housing and business space, is particularly ambitious. If completed, the proposal would create a campus that would serve as a buffer zone between industrial and residential regions.

Studio AC (a.k.a. the Studio for Architecture and Collaboration) was all over design blogs earlier this year with a project dubbed Broadview Loft. The apartment is located in a classic loft warehouse in Toronto, complete with exposed brick walls and wooden beams that exude old-world charm. To balance out the rough-hewn components, the studio incorporated some dramatic touches, most notably a white archway that frames the master bedroom, or bed box, as the company prefers to call it. The box is hidden behind a translucent white curtain that spirals into a circle at one end instead of a door. This modest but beautiful house’s spatial play is reminiscent of Giotto’s 14th-century frescoes. Jennifer Kudlats and Andrew Hill are both former employees at KPMB Architects, where they originally met. They have been running their own business since 2015 and are presently doing three house renovations that reflect their preference for clean lines, wide open spaces, natural wood finishes, and abundant natural light.

UUfie is an outlier, and not just because of its odd name. While several of the growing businesses on our list excel at fusing rustic appeal with pared-down modernism, UUfie’s style isn’t quite as evocative of the Great White North. That has a lot to do with the fact that founders Irene Gardpoit and Eiri Ota both spent their post-graduate years in Tokyo, working for Arata Isozaki and Jun Aoki, respectively. From a modest northern hamlet coated partly in mirrored surfaces to the iceberg-like LED facade of Ports 1961’s main shop in Shanghai, their style delicately blends concepts of Japanese design and elegance (shown). Apart from architecture, Gardpoit and Ota are equally ambitious in creating one-of-a-kind furniture pieces that investigate materiality. They debuted Echo, a line of side tables that perfectly combine wood and metal, earlier this year.

Even the most casual Azure reader will be familiar with this daring Winnipeg business. Since the firm’s inception in 2007, we’ve reported about nearly every one of their projects. The reason for the focus is complex. 5468796 challenges the existing quo on several levels, not only via outstanding design, but also by its embracing of the city in which it resides. Aside from constructing multi-unit and communal housing locally, they have also built a popular park bandshell and staged outdoor mega-dinner parties attended by hundreds of friends and neighbours. It’s one thing to think outside the box in a big city like Toronto; it’s quite another to be that daring in a smaller town where conservative viewpoints might be much more difficult to overcome. Years in the works, the 62M condominium (pictured) will be completed by the end of the year. The “flying saucer” condominium-in-the-round comprises pie-shaped units that float 12 metres above street level. Surprisingly, this is not a high-end living project. The average apartment is around 59 square metres in size, with prices beginning at $210,000.

Matthew Kennedy and Mark Erickson combine their passions for design and construction. Dream/Dive Platform, finished in 2015, may be small in scale, but its enormous appeal represents the type of outdoorsy attitude that characterises Studio North’s overall philosophy, which is that architecture is first and foremost a tool for enhancing our environments and enriching communities. A large portion of Kennedy and Erickson’s inventive thinking is focused on laneway housing, a popular concept that is rarely realised beyond one-off projects. Studio North has created a four-minute film that highlights the benefits of converting a rear garage into a second house. It’s difficult to argue with their rationale about why laneway living is an excellent approach to meet 21st-century realities like ageing in place and the boomerang generation. So yet, the studio has only created one laneway house. Without a doubt, there will be more in the near future.

The two major interests of Atelier Général, a boutique business managed by Alexis Naylor and Stephanie Plourde, are light and space. One of their first ideas was to store shoes in a grid of boxes along the wall of a stairway. Recently, the duo won second place in a competition to revive a riverfront promenade on Sainte Catherine in Montreal, which has a series of yellow volumes on stilts that provide perches for viewing the St. Lawrence River. Existing residential structures are being revitalised by Atelier Général. The firm recently hollowed out a 150-year-old duplex and introduced light into the room with the assistance of foldable walls and a wide and moveable kitchen island. The strategic movements can also be rearranged to fit the demands or mood of the owner.

Nicolas Koff worked at MAD in Beijing, Ateliers Jean Nouvel, and Zeidler in Toronto before co-founding Office OU. Uros Novakovic, his studio partner, also has an excellent resume, having worked with businesses such as A00 Architecture in Shanghai, a company that is pioneering the use of rammed earth building. The firm, which is now located in Toronto, is experimenting with novel architectural shapes.

K-House in Dundas, Ontario, is one of their first completed residential buildings, and it is built from straw bales. It is one of the first of its sort in Canada. Office OU won a big planning competition for Sejong City earlier this year (shown). The 190,000-square-metre property has been planned to house administrative buildings as well as five national museums, which will be set among groomed and natural settings, including terraced rice fields. The project’s influence is projected to move South Korea’s cultural centre from Seoul to Sejong when it is finished in 2023.

Residential areas that are contemporary, modern, and environmentally friendly may be found in every nook and cranny of the country, all thanks to Canadian Architecture and the brilliant minds behind the endeavour. These houses and workplaces are influenced not only by innovation, but also by a wide range of creative and imaginative preferences, all meant to celebrate the harmonious union of form and function, a marriage between the building and its surroundings.