FOOD FRANCHISE: People are always sceptical about getting into any type of business. But one area that can never fail you is the business of food and beverages. Our country, India provides suitable situations for the food and beverages industry because the demand is pretty high in this country. Having your food in the fancy or may be not so fancy outlets have become the status symbol of people.

Therefore, people are continuously getting opportunities, be it an international or national franchise. You can always have a vast variety of options to work on, i.e., you can start your line in bakery, or fried chicken or pizza or burgers or coffee. No matter what the conditions are, you can never fail in F&B industry and you will always earn enough profits.

So, if you’re thinking about going into this network, here’s a list of 10 best food franchise in India:

No 1 Food Franchise in India: Dominos is an American pizza chain restaurant which was established in 1961.  Over 83 countries have dominos’ franchise that include countries like Northern Cyprus and the Cayman Islands. An Indian company Jubilant FoodWorks owns the dominos franchise in India, Nepal and Sri Lanka. India has the largest market for dominos after the USA and there are almost 1200 dominos outlets countrywide. If the location is appropriate, one can earn profit of about 2-3 lacs per month. A dominos franchise will cost you for about 30 lacs for the traditional stores and for about 50 lacs for non-traditional stores. You can easily cover it in absolutely no time.

From a tiny namkeen shop to a huge chain of snacks and frozen food, Haldiram has come a long way. It was established in Bikaner in year 1941 and today it has its franchise in almost 23 countries other than India. And is present in different forms in more than 80 countries.

It comes amongst the 100 most trusted brands of India. It costs a fancy amount of money to open a Haldiram’s franchise but that is worth it. It will require for about 1-4 crores to set up a casual dining restaurant and 1-3 crores for the quick service dinner. There is a third type of franchise that is called kiosk. It is the cheapest of all and you will require to contact the organisation for more information about this.

Food Franchise in India 2022: The most famous fast-food chicken restaurant. Everyone knows about it and it definitely is the heaven for the non-vegetarians. KFC has about 22,621 franchise all over the globe. (Fact: KFC is short for Kentucky Fried Chicken.) After McDonald’s, KFC wins crown of being the largest restaurant chain in the whole wide world.

It was founded by Colonel Harland Sanders and Pete Harman in North Corbin, Kentucky. For getting a KFC franchise you would require for about 2 crores rupees but, it takes much more to set up a full flourished restaurant than just getting the franchise. So, it is advisable that you keep a fund of about 5 crores if you want to get into it. It seems a lot but the profits of one year are three times to this. Therefore, if you can manage, you will be stepping into one of the most profitable businesses.

Taco Bell is an American chain of fast-food restaurants. It serves Mexican based food. As of 2018, they are located at about 7,072 places, worldwide. It was founded in year 1962 by Glenn Bell, in Downey, California. It is a daughter company of Yum! Brand. Being one of the very few restaurants that serve Mexican food, Taco Bell interests the franchisee in greater profits. In India, it requires funds of about 3 crores rupees and results in even greater turnover. 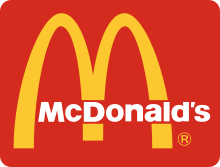 Food franchises are very popular in India. McDonalds is one of the many food franchises in India. It all started in 1996 when McDonald’s first opened its doors in India. The country’s first outlet was located in south Delhi. The fast-food chain’s arrival was seen as a cultural invasion by some and an opportunity by others. It did not take long for McDonald’s to become a household name in India.

Today, it has a total of 436 outlets across the country. While McDonald’s offers a wide range of burgers, fries, and shakes, it has also adapted its menu to suit the Indian palate. As a result, the chain now serves vegetarian options such as the McAloo Tikki and McSpicy Paneer. In recent years, McDonald’s has also begun to focus on healthier options, such as salads and wraps. With its delicious food and affordable prices, it is no wonder that McDonald’s continues to be a popular choice for Indian diners.

McDonald’s was founded by Richard and Maurice McDonald in San Bernardino, California in year 1940. There are almost 37,855 outlets in over 100 countries. It requires fore about 6.6 crores to 14 crores rupees, to open a McDonald’s franchise. The profits, though, depends on the location and various other factors. Owning a McDonald’s franchise has a lot of benefits. For instance, you won’t have to worry about the promotion fees.

Founded by Fred DeLuca and Peter Buck in 1965, Subway has become a very popular global franchise that serves sub-sandwiches, salads and beverages. It had around 41,600 restaurants in more than 100 countries. It is the best option if you want to own a franchise with minimum funds. It would cost you for about 53 lacs to 81 lacs rupees. And it would let you earn 50%-60% profit of the investment within a year.

This is an American fast-food chain that serves probably one of the best kinds of pizzas. It was founded by Dan Carney and Frank Carney in year 1958, in Wichita, Kansas. There are almost 18,703 outlets of Pizza Hut worldwide. The initial cost of setting up the franchise is around 15 lacs-30 lacs. Even in  the downfall, you can anyway, earn a profit of 20,000 per month, and that is a fair deal.

This food joint started in year 2007 and started its franchise in 2014 for the first time. There are around 12 franchise of it at present. Since, it is a budding venture, it brings a huge scope for success. The average investment it would take is of around 10-12 lacs rupees and an interesting amount of ROI.

Commonly known as NYPFC, this American food joint has entered India in 2012. The initial investment cost for this franchise is 30 lacs- 50 lacs rupees. It offers a huge variety of pizzas and offers a promising future in the Indian F&B industry. One can expect to reach the break-even point within 2 years, and that is a great deal.

This amazing food venture was founded my Sanam Kapoor in 2011 in Chandigarh. Today, there are more than 150 outlets of La Pino’z in the whole country. It would take an investment of 40-60 lacs rupees to open a franchise of La Pino’z in India. The expected payback period of this franchise is 26 months only, making it a healthy option to consider when thinking about getting in this industry.

There are so many industries to get into, but if you are looking for the safest option, then nothing is better than F&B industry. This list ends here, providing you with the list of the 10 most popular food franchise in India.