The Top 10 Richest States in the United States of America

The United States is a wealthy country, with a GDP per capita of more than $49,000. But not all states are created equal. In fact, there is a wide range of the richest states in USA. Some states have much higher GDPs than others, and this reflects in the standard of living for their residents. The 10 richest states in the USA have average GDPs that are more than twice as high as the poorest 10 states.

What factors account for this disparity? And what does it mean for the residents of each state? Read on to find out.

In the United States, there is a lot of variation in the standard of living from state to state. This variation is largely due to the different levels of wealth in each state. Some states are naturally richer than others, due to factors like their climate, natural resources, and economy. However, there are also some states that have become wealthy through good financial planning and management.

In this blog post, we’ll be taking a look at the 10 richest states in the USA. We’ll be looking at factors like each state’s Gross Domestic Product (GDP) per capita, median household income, and poverty rate. We hope this blog post will give you a better understanding of the different levels of wealth in the United States. 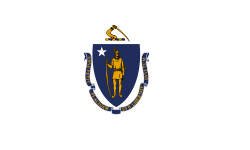 Massachusetts is known for being the richest state in America. This is largely due to the high concentration of colleges and universities located in Massachusetts. In addition to being home to some of the most prestigious institutions of higher learning in the country, Massachusetts also has a highly skilled workforce. The state’s Gross Domestic Product (GDP) per capita is $56,719, and the median household income is $77,385. The poverty rate in Massachusetts is 10.5%.

As a result, businesses in Massachusetts are able to thrive and generate a great deal of wealth. The state also has a strong agricultural sector, which provides another source of revenue. From an economic perspective, it is easy to see why Massachusetts is considered the richest state in America. New York is second only to Maryland. New York’s diverse economy is powered by finance, technology, and manufacturing. In addition, the state has a large number of wealthy residents.

New York’s GDP per capita is $55,246, and the median household income is $75,277. The poverty rate in New York is 15.3%. Despite being one of the Richest States in the USA, New York still has a significant number of residents living in poverty.

However, the state’s robust economy and high median household income suggest that many residents are doing quite well financially. New York is a great place to live and work, and it is easy to see why the state is considered to be one of the richest in America. 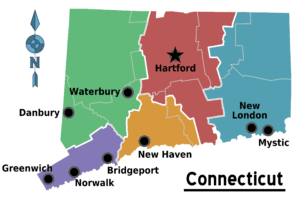 Connecticut is another wealthy Northeastern state. The state’s economy is powered by insurance, finance, and manufacturing. In addition, Connecticut has a high concentration of wealthy residents. The state’s GDP per capita is $54,462, and the median household income is $73,433. The poverty rate in Connecticut is 10.5%.

Like Massachusetts and New York, Connecticut has a strong economy and a high median household income. This suggests that many residents are doing well financially.With a per capita income of over $70,000, Connecticut is one of the richest states in the USA. The state has a diversified economy, with significant sectors including finance, healthcare, manufacturing, and tourism.

Connecticut is also home to many prestigious colleges and universities, including Yale University and the University of Connecticut. Despite its wealth, Connecticut faces some challenges, including high levels of income inequality and poverty. However, the state remains an attractive destination for many people, thanks to its strong economy and vibrant cultural scene.

New Jersey is another wealthy state in America. The state has a diverse economy, with sectors like finance, healthcare, biotechnology, and tourism. New Jersey also has a number of wealthy residents. The state’s GDP per capita is $52,358, and the median household income is $73,702. The poverty rate in New Jersey is 11.4%.

New Jersey is one of the richest states in the United States of America. The state is home to many large corporations and wealthy individuals. The state has a strong economy and a high standard of living.

New Jersey is also one of the most populous states in the country. The state has a diverse population and a large number of tourists visit the state each year. New Jersey is a great place to live, work, and raise a family.

Maryland is one of the richest states in the USA. The state has a high median household income and a low poverty rate. Maryland is also home to many Fortune 500 companies, and its economy is diversified. The state is known for its seafood, agriculture, and manufacturing industries.

Maryland is also a popular tourist destination, thanks to its beautiful coastline and historic towns. Maryland is a great place to live, work, and raise a family. There are plenty of opportunities for residents to enjoy the outdoors, take advantage of the state’s arts and culture scene, and find good jobs. If you’re looking for a place with a high quality of life, Maryland is definitely worth considering.

Alaska is often considered one of the richest states in the USA. This is because it is blessed with an abundance of natural resources, including oil, gas, minerals, timber, and fish. These resources have helped to make Alaska one of the most prosperous states in the country.

In addition to its natural wealth, Alaska also has a well-developed transportation infrastructure and a thriving tourism industry. All of these factors combine to make Alaska a very desirable place to live and work.

Other notable cities include Alexandria, Arlington, and Fairfax. Virginia is known for its history and for being the home of George Washington and Thomas Jefferson. It is also known for its beaches, mountains, and wineries.

Wyoming is one of the richest states in the USA. It is located in the Western United States and is bordered by Montana to the north, South Dakota and Nebraska to the east, Colorado to the south, and Utah to the west. Wyoming is the 10th largest state in the USA with an area of 97,093 square miles.

The capital of Wyoming is Cheyenne and the largest city is Laramie. Wyoming became a state on July 10, 1890. The population of Wyoming is 606,626 as of 2019. The economy of Wyoming is based on agriculture, tourism, mining, and oil and gas production.

Hawaii is one of the richest states in the USA, with a per capita income of $57,745. The state’s economy is driven by tourism, agriculture, and the military. Hawaii is home to some of the most beautiful beaches in the world, and its tropical climate attracts visitors from all over the globe. Agricultural products such as coffee, sugarcane, and pineapples are also major contributors to the state’s economy. Hawaii is home to a large number of military bases, which provide jobs and economic stability for the state.

With a median household income of $65,599, Minnesota ranks as the 10th richest state in the nation. The cost of living is also quite high in Minnesota, with residents spending an average of $3,607 per month on housing and other essentials. However, the state’s high incomes and low poverty rate help to offset these costs.

Minnesota is also home to a number of large companies, including 3M, Best Buy, General Mills, and Target. As a result, the state’s economy is relatively strong, providing residents with plenty of opportunities for employment. Overall, Minnesota is a wealthy state with a high standard of living. However, its high cost of living can make it difficult for some residents to make ends meet.

Fastest Growing State in the USA:

Delaware is known as the “First State” because it was the first to ratify the Constitution. The state is divided into three counties, New Castle, Kent, and Sussex. It covers an area of 2,488 square miles. There are 865,000 people living in Delaware, with a population density of 341 people per square mile. The capital city is Dover, with a population of 36,000. Other major cities include Wilmington (73,000) and Newark (33,000).

The state’s economy is based on manufacturing, financial services, tourism, and agriculture. The median household income in Delaware is $59,929, and the poverty rate is 10.4%. The state’s unemployment rate is 4.1%. Delaware’s largest employers are DuPont, Bank of America, Christiana Care Health System, and JPMorgan Chase & Co.

As you can see from this list, the states with the highest levels of wealth are not always those that you might expect. Factors like a state’s natural resources, climate, and economy all play a role in its level of wealth.

However, good financial planning and management can also go a long way toward making a state wealthy. We hope that this blog post has given you a better understanding of the different levels of wealth in the United States. Thanks for reading!

1. What is the richest state in the USA?

The richest state in the USA is Maryland, with a median household income of $75,847. The state’s economy is driven by a number of factors, including agriculture, fishing, manufacturing, and tourism.

2. What is the poorest state in the USA?

The poorest state in the USA is Mississippi, with a median household income of $43,207. The state’s economy is largely based on agriculture, with jobs in the sector accounting for 16% of all employment.

3. What is the cost of living in the USA?

4. What is the unemployment rate in the USA?

5. What are the largest employers in the USA?

There are a number of large employers in the USA, including Walmart, Amazon, General Electric, IBM, and AT&T. These companies employ millions of Americans across a variety of industries.